Why Psychedelic Assisted Therapy Isn't a Hippie Topic? It's an Industry! 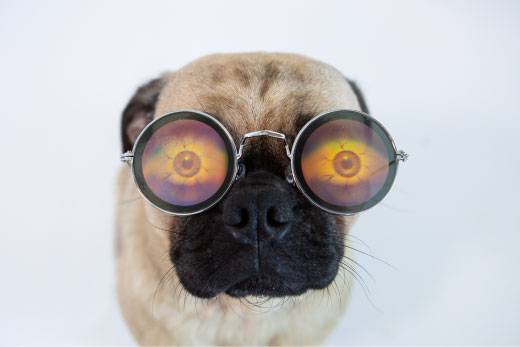 The fact that a conversation with an Uber driver is not uncommon or seeing a Hollywood celebrity dedicate an episode of her series to talk about psychotherapy with the assistance of psychedelics is a strong indicator that this type of therapy is not just an underground topic, but is already an industry that deserves attention.

This post talks about what should be seriously considered from a scientific point of view as well as from the point of view of the great potential that these therapies have for all of us to live in a better world. 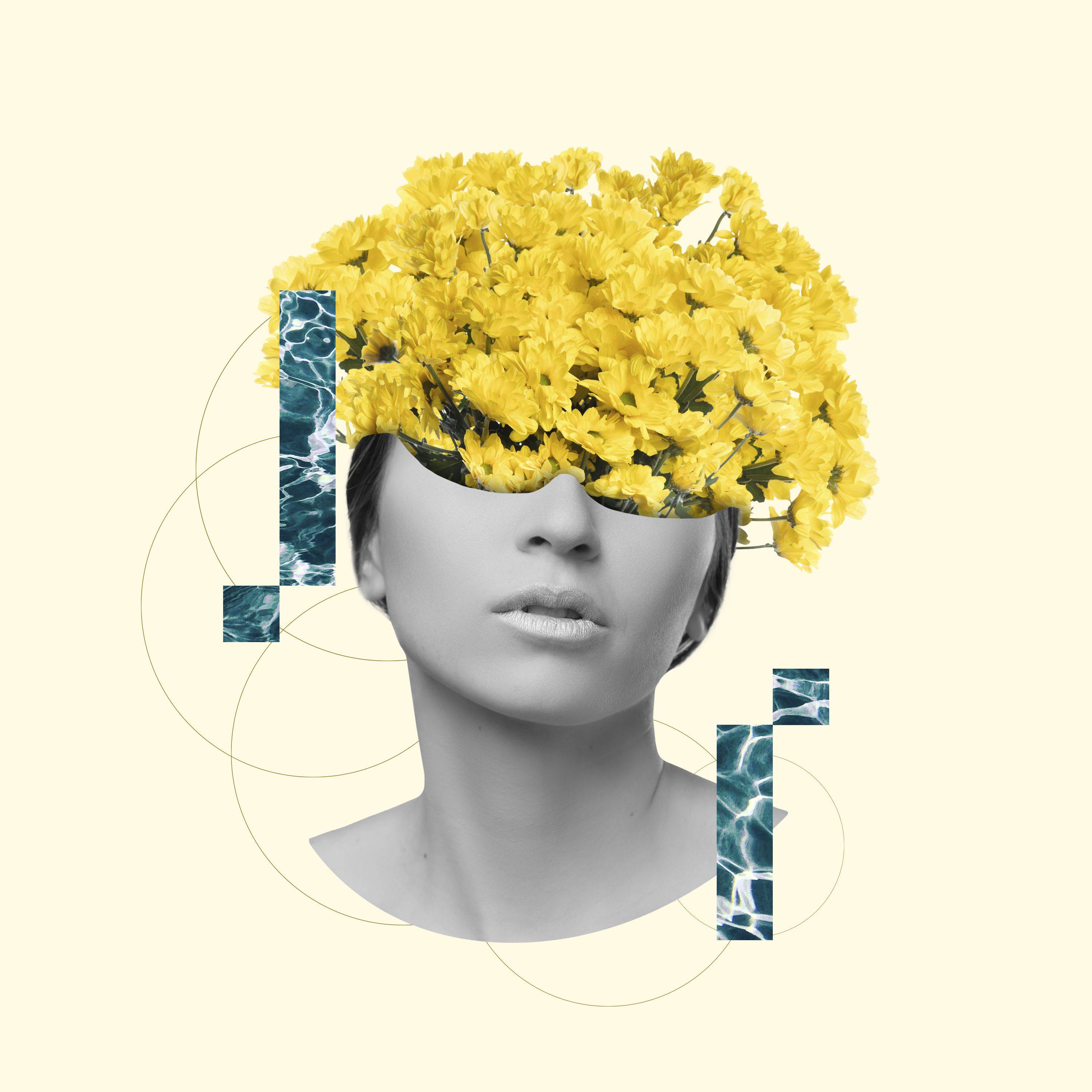 The “cab driver test” is a convenient metric of sentiment analysis to determine when a treatment or product has reached a hype cycle.

For example, when your cab driver is advising you on experimental drug infusions or supplemental enemas, the information available to the public is probably beyond the purview of the specialists.

For psychedelics, the equivalent could be that when Gwyneth Paltrow produces a Goop Lab episode on the subject, the space has slipped out of the control of academia and science and is significantly being directed by market forces.

It is no longer a “field”—it is now an “industry.”

These forces that dictate the direction in which the industry will grow and mature have shifted beyond the organicity of academic cadence.

A keen eye would note the significantly disproportionate development of the industry: Of the 73 biggest companies in the psychedelic industry that have taken in $3.26 billion in capital, $2.9 billion is in drug development.

This is unsurprising considering the valuation multiples and revenue growth of pharmaceuticals compared with the other subsectors in the psychedelic ecosystem, including clinics, therapist training, and true academia.

Although most of the industry seems intent on developing novel and patentable psychedelic substances, a key factor that appears largely overlooked by the growth wave is, as one of the most prominent researchers in this field, Robin Carhart-Harris, PhD, titled his 2018 paper, “the essential importance of context.” 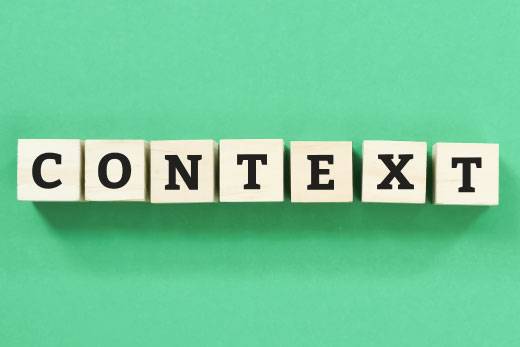 Context, more commonly described in the psychedelic field as “set and setting,” refers to the careful preparation of the patient mindset before and while they go into the psychedelic session, along with the physical setting in which the dosing takes place—the structure, music, decor, and other environmental components. However, that is but the obvious, floating tip of the contextual iceberg.

Although therapist proficiency is key to therapeutic sessions and drug development modulates the experiential moments of the psychedelic session, context is the only factor that works to support both the psychedelic-based and the therapist-based components.

The critical role it plays in treatment is far from unique to the psychedelic field.

The Essential Importance of Context

If we consider the standard frontline pharmacological treatments for anxiety disorders, selective serotonin reuptake inhibitors and serotonin and norepinephrine reuptake inhibitors, these drugs do not ameliorate mental illness via a single dose, nor does their continued use in isolation provide a “cure” for mental distress.

Despite the many drug treatments that are available, many patients do not respond to initial treatment or even to sequential trials of differing medications.

According to an FDA meta-analysis of antidepressant effects from 15 years ago:

“Drug-placebo differences in antidepressant efficacy increase as a function of baseline severity but are relatively small even for severely depressed patients. The relationship between initial severity and antidepressant efficacy is attributable to decreased responsiveness to placebo among very severely depressed patients, rather than to increased responsiveness to medication.”

In response to that, Christoph Hiemke, PhD, wrote:

“Current knowledge indicates that effects of antidepressant pharmacotherapy are a sum of nonspecific effects, placebo effects, and pharmacological effects….It is proposed that 3-armed studies in which participants are assigned to either drug, placebo, or no treatment enable to measure exactly the differential effect sizes of drug and placebo. Such studies, however, do not exist so far.”

According to personal correspondence from Luke Downey, PhD, a professor and head of the Drugs and Driving Research Unit at the Centre for Human Psychopharmacology at Swinburne University of Technology in Melbourne, Australia:

“A host of reasons are implicated in the relative efficacy of these pharmaceutical treatments, and even in the cases where treatment is effective, these clinical improvements do not occur in isolation. The effects of these drugs when used in a supportive context are very important. They give patients the opportunity to benefit from other treatments and interventions including cognitive-behavioral therapy, mindfulness meditation, guided imagery with relaxation, solution-focused therapy, and coping skills and other education that address both symptoms of mental illness and triggers of distress. These nonpharmacological factors such as client-therapist relationship and the setting of any clinical intervention are considered key moderators of efficacy in psychiatry just as the developing field of psychedelic-assisted psychotherapy needs to consider modifiable components of this treatment.”

Is It Time for Psychedelic-Assisted Psychotherapy to Embrace Technology? 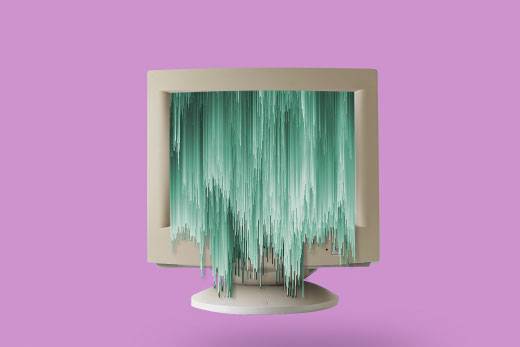 According to William A. Richards, “Those who have known these profoundly meaningful states of consciousness have often shared them with no one, or only with those most intimately trusted, for fear of being misunderstood, called crazy or weird, or viewed as mentally ill.”

At the core of the psychedelic-based treatment is its capacity to tap into noncognitive, experiential, emotional, and embodied processes of healing, which are far more difficult to achieve with talk therapy.

In his recent thesis titled, “Integrating the Ineffable: A Social Phenomenological Analysis of the Psychedelic Experience,” Logan Neitzke-Spruill stated that, “The common understanding of the experience as ineffable may indicate a general lack of affirmative frameworks for integrating these experiences.”

In the words of Hamilton, one of the individuals who provided a narrative account of his experience with psychedelics, which were collected and published by Timothy Leary, “The experience is so fantastic in both its novelty and its power as to beggar all possibility of adequate depiction through words. The most that can be hoped for by way of description is an approximation, and only those who have had the drug can know how far removed from actuality the approximation must be.”

When we consider this in depth, the psychedelic experience appears to have more parallels with the virtual reality (VR) experience than with talk therapy.

Both create an intimate, personal space for healing and introduce the patient to an alternate reality, and both experiences are characterized by ineffability.

Utilizing those synergistic properties to explore and integrate the psychedelic experience allows more time for the emotional, embodied, experiential narrative to unfold, before it is analytically and logically processed.

The psychedelic treatment model empowers patients to take responsibility for their own healing. The unique therapeutic process returns agency over one’s mental health to the individual.

In congruence, technology has always enabled distribution of power. It allows new perspectives on existing problems, often guiding our progress in ways we could not have expected.

We develop tech, which, in turn, reshapes us. One of the powerful, robust tools that appears to be uniquely suited for contextual design that supports the intimate, patient-driven pathway of recovery—sometimes referred to as “the inner healing intelligence”—is VR. 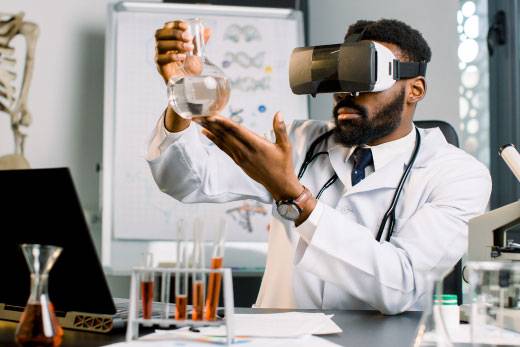 At the University of Bristol, a team of computer scientists led by David R. Glowacki, PhD, concluded their study on immersive VR environments: “It is possible to design phenomenological experiences using multiperson VR, which create the conditions for mystical-type experience from which participants derive insight and meaning.”

The first-ever research study on combining VR with psychedelics was recently conducted by the authors in collaboration with Swinburne University of Technology and Psychedelic Society Belgium.

Participants of this retreat-based study, which used psilocybin-containing truffles along with a bespoke anchoring VR designed by Enosis Therapeutics, reported that “VR brought me back to the feeling of something ineffable and a feeling of knowing,” and “VR soothed me before the talk integration process. It contributed to the sense of wonder and authenticity, and when you grab the stars, it feels beautiful.”

Those synergistic, state-altering properties can be easily taken advantage of in therapy. For example, VR expands the mode of self-expression beyond current analog means with immersive, 3-dimensional tools or personalized spatial designs of the VR model, which can be used to create representations of thoughts, insights, or emotions experienced during the psychedelic session.

What is interesting and perhaps less obvious about this approach is that, while VR allows for a greater range of creative expression, the process of self-expression in a virtual environment also seems to challenge familiar modes of perception and activate a full-sensory engagement, reacquainting the patient to the experience of an altered state of consciousness.

The intimate world of VR, which can be accessed without therapist interference, grants patients the unique opportunity of a space that can be used to explore and consolidate psychedelic experiences before they need to be verbally shared or discussed with another human being.

Technology leapfrogs many limitations of the analog system by offering an infinite number of levers with which to modulate the contextual design. This means that an entire range of possible solutions can be first thoroughly explored before settling on the best methodology.

For example, in the current therapeutic model, patients transition from full visual range to having blindfolds on for the bulk of the psychedelic dosing session—an “all or nothing” model of stimuli exposure.

VR allows for controlled dosing of stimuli, providing an entire spectrum of stimuli intensity, complexity, range, and duration. Just as important, it allows individual control over the stimuli that form setting design (via individualized VR environments), as well as the ability for rapid shifts in setting to correspond with volatility of the patient’s psychoemotional state.

Technology as Friend, Not Foe 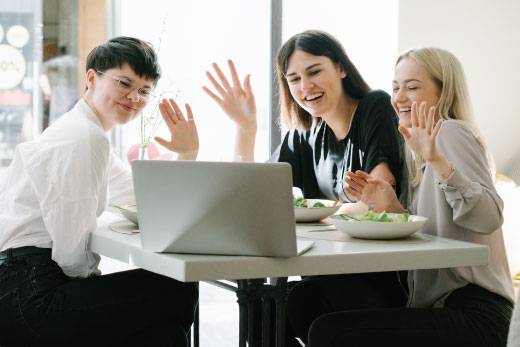 According to Carhart-Harris, “Remarkably, despite its widespread adoption among psychedelic researchers, few controlled studies have ever been performed to test the assumed relationship between psychedelics and context.”

Despite the apparent prioritization of “set and setting” in psychedelic research, the focus of innovation in the field is significantly skewed toward drug development while environmental and contextual factors are largely neglected.

In contrast to other medical fields, the human-technology interface is poorly explored in mental health care and almost entirely ignored in psychedelic care.

A continued lack of dialog around the idea that technology could be a compatible resource rather than a competitive, counterproductive agent perpetuates the opportunity cost of the unmet potential of optimized healing environments in psychedelic treatment.

We believe that introducing technology allows an efficient and in-depth exploration of diverse contextual elements, which is of particular importance to a field that is only just beginning to take shape.

This helps mitigate the risk of this paradigm-shifting approach to mental health treatment being shoehorned into incumbent psychotherapeutic models.

A robust exploration and understanding of the altered-state experience should be the process driving the development of therapeutic frameworks that are designed around that experience—not the other way around.